skip to main | skip to sidebar

"I would rather speak at a rally or a political gathering anyplace outside of the country after I am president of the United States," McCain said during the interview, which will air Thursday night. "But that's a judgment that Sen. Obama and the American people will make."

Considering those three supposedly undercovered trips McCain went on, think there might be some hypocrisy at work? You bet. As NBC's Mark Murray pointed out, "On June 20, McCain himself gave a speech in Canada -- to the Economic Club of Canada -- in which he applauded NAFTA's successes. An implicit message behind that speech was that Obama had been critical of the trade accord. Also, McCain's trip to Canada was paid for by the campaign."

Posted by The Seditionist at 6:32 AM

thanks for sharing such a good infomation with us,I really appreciate your knowladge and i hope all readers like your blog and Article.

How to Fix QuickBooks Has Stopped Working Error?.

How to Resolve QuickBooks Error Code 392?


Have you come across QuickBooks Error Code 1601? Well, Do not worry at all!! Quickbooks enterprise support team is highly dedicated to help you in fixing your issues associated with the Quickbooks error 1601. 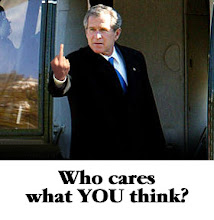 The Seditionist
I'm stressed. I use my blog to vent.

The Cost Of War In Iraq